The Hot Zone by Jayne Castle 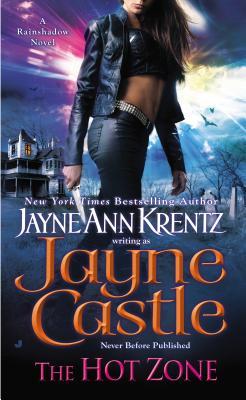 This is a MUST READ!

The world of Harmony has its wonders, one of them being Rainshadow Island. Just beneath its surface, a maze of catacombs hides a dangerous secret...…

Halloween—with its tricks and treats—is a dust bunny’s dream come true. Just ask Lyle, Sedona Snow’s faithful sidekick. But for Sedona, it’s a nightmare. Though her new job managing a small hotel and tavern on Rainshadow is helping her move on from her tragic past, a bizarre disaster down in the catacombs has brought a pack of rowdy ghost hunters to her inn.

And now, Sedona’s ex has arrived on the island, claiming he wants to get back together, just as a newcomer appears to have a strong interest in her. Cyrus Jones is the new Guild boss in town. He has his own agenda when it comes to Sedona, but even the best-laid plans are no match for the passion that springs up on Rainshadow….

This is the 11th time Miss Castle (Krentz) has graciously allowed us to venture back to Harmony and the 3rd time she has taken us to the mysterious island of Rainshadow. She introduces us to new friends and renews old acquaintances along this adventure. We are introduced to Cyrus and Sedona. Cyrus, the new Guild boss on Rainshadow Island and Sedona, a young lady who was shunned by her parents' wealthy families as soon as she turned 18 because her parents had her outside of marriage.
Both Cyrus and Sedona have very strong para-psych talents. Cyrus has always had his talent, but Sedona's talent has recently been altered and enhanced thanks to a crazy scientist who kidnapped her, tortured her, and gave her a drug he had engineered to alter a person's psychic talent. And there is Lyle, Sedona's faithful sidekick. Lyle is a dust bunny.

Then we have a few old friends that are still around to help out. Cameos by Rachel and Harry, Charlotte and Slade, and of course the adorable dust bunnies Darwina and Rex.
In this Rainshadow story, there is more than one mystery going on at a time. Cyrus is sent to deal with the mysterious beasts coming out of The Preserve, but gets a little sidetracked with Sedona when she is almost kidnapped and her past comes back to haunt her, almost literally.
As always Miss Castle does an awesome job of spinning the suspense and weaving in Sedona's past with her present.
The Harmony World and Rainshadow Island stories are stories that I will always buy. Miss Castle has created a world that I love to run away to and visit. I will always find suspense, action, heat, and main characters full of intelligence and ethics.
While this is the 3rd Rainshadow Island book and the 11th Harmony World book, it can be read as a stand alone story, Miss Castle does an excellent job of describing the back story along the way.
I loved this book and I know you will too!
Posted by Unknown at 7:50 PM No comments:

The Job by Janet Evanovich and Lee Goldberg 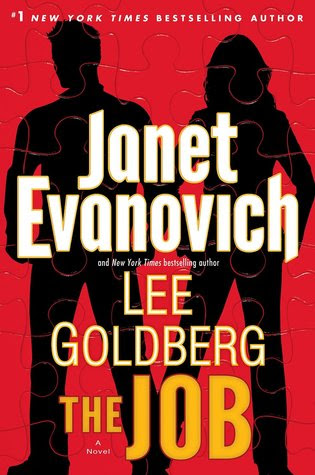 Synopsis via Goodreads:
Charming con man Nicolas Fox and dedicated FBI agent Kate O'Hare secretly take down world’s most-wanted and untouchable felons, next job Violante, the brutal leader of a global drug-smuggling empire. The FBI doesn’t know what he looks like, where he is, or how to find him, but Nick knows his tastes in gourmet chocolate.

From Nashville to Lisbon back alleys, from Istanbul rooftops to Thames, they chase clues to lookalike thefts. Pitted against a psychopathic bodyguard Reyna holding Kate hostage and a Portuguese enforcer getting advice from an ancestor's pickled head, they again call driver Willie for ship, actor Boyd for one-eyed Captain Bridger, special effects carpenter Tom, her father Jake - retired Special Forces, and his talent - machete-wielding Somali pirate Billy Dee. This could be their biggest job - if they survive.
This is Fox and O'Hare #3. For me it is the second Fox/O'Hare book I have read and I want to know when the next one is coming out!! This was a GREAT BOOK!!
I actually have a secret to admit. I was having a little difficulty getting to this book to read, so I went and got the audio book. Just let me say, if you like audio books or have been wanting to try one, go get this one. The narrator is awesome! I swear, he must know every language in the universe!
If you have never read a Fox/O'Hare book, you really need  to go get one right  away! Miss Evanovich and Mr. Goldberg know how to create characters that are perfect for each other. So, for those of you who are old enough to remember the TV show Remington Steele and you enjoyed it, then you will love this series.
Kate O'Hare is an FBI agent and Nicholas Fox is an international thief. They are teamed up because of a special clandestine agreement with the FBI, Fox stays out of prison as long as he helps Kate catch thieves. But Agent O'Hare also has a little bit of a sordid past; she received a dishonorable discharge from the Navy for decking a superior when he groped her.
This story has suspense, some action, a bit of a mystery, international crime, family, and humor.
I really enjoyed the back and forth play between Kat and Nick. They are fun and fresh to read as they have their back and forth. Nick is laid back and teasing, cocky, and of course trying his best to romance Kate. And Kate is the quintessential FBI agent: serious, tunnel vision for the case, keeping work and private life separate, not to mention keeping work and pleasure separate, all the while denying her attraction to Fox (for the most part) while outwardly showing her irritation to and for him.
Kate's father ran covert military operations for the CIA before he retired. Now he lives with Kate's sister and helps Kate and Nick with their "missions". This mission takes them across the world to first catch an International Art thief and turns into a case that sends them off to catch a identity-changing, sadistic drug-lord. Kate and Nick enlist the help of an actor, a tree house designer/builder, a woman who can drive anything, and a mechanic. They find themselves on the ocean running a "salvage" ship.
This book will keep you engrossed, unable to put it down, anxious to know what happens next.
I would LOVE to see these Fox/O'Hare books made into 2 hour movies or TV movies. They definitely have what it takes to capture an audiences' full attention.
Enjoy!!
﻿
Posted by Unknown at 9:17 AM No comments: